We are the oldest Byron Bay Whale Watching company operating from Brunswick Heads; with the most  modern and comfortable vessel (Windarra).  Our experienced crew, coupled with the boats amenities such as an enclosed cabin, comfortable seating and flushing toilet, will ensure that your Byron Bay Whale Watching tour is carried out in comfort and style.

The maximum guests we will take on an individual tour is 9, however please call if you would like to arrange a more intimate private charter for just you and your family/friends.

You will be able to view the Whales as they pass by  Byron Bay up close and personal; capture every moment with our underwater camera. 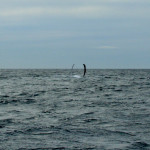 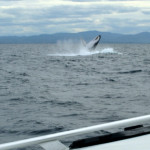 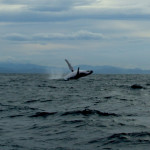 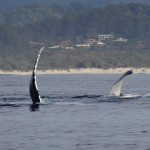 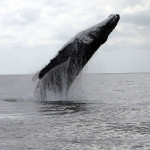 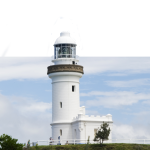 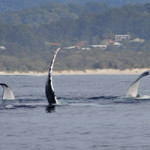 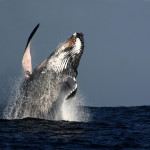 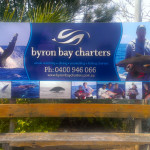 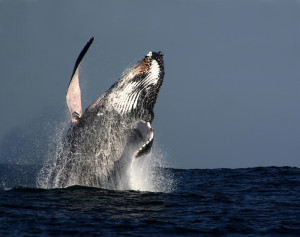 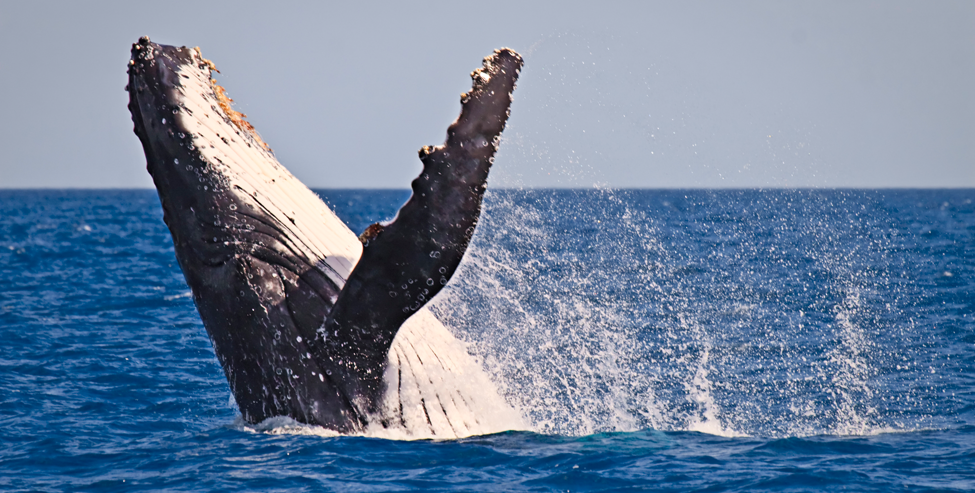 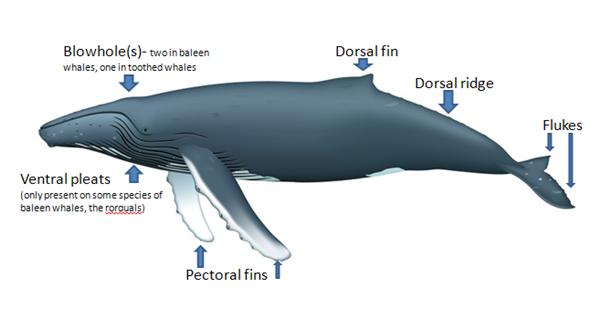 Byron Bay Whale Watching offers the premier whale watching experience on the North Coast. Our experienced crew know exactly how to track down and show you the amazing whales and dolphins off of Byron Bay’s beautiful coast. Your whale watching cruise is available at an affordable price on our fantastic boat, the Windarra. When you go with us, you are guaranteed a good time with our legendary whale guarantee. If you don’t see a whale or a dolphin on your trip, you can join us for free on another tour.
Byron Bay Whale Watching – Facts about the Humpack Whale

The humpback whale (Megaptera novaeangliae) is a species of baleen whale. One of the larger rorqual species, adults range in length from 12–16 metres (39–52 ft) and weigh approximately 36,000 kilograms (79,000 lb). The humpback has a distinctive body shape, with unusually long pectoral fins and a knobbly head. An acrobatic animal known for breaching and slapping the water with its tail and pectorals, it is popular with whale watchers off Australia, New Zealand, South America, Canada, and the United States.

Males produce a complex song lasting 10 to 20 minutes, which they repeat for hours at a time. Its purpose is not clear, though it may have a role in mating.

Found in oceans and seas around the world, humpback whales typically migrate up to 25,000 kilometres (16,000 mi) each year. Humpbacks feed only in summer, in polar waters, and migrate to tropical or subtropical waters to breed and give birth in the winter. During the winter, humpbacks fast and live off their fat reserves. Their diet consists mostly of krill and small fish. Humpbacks have a diverse repertoire of feeding methods, including the bubble net feeding technique.

Like other large whales, the humpback was and is a target for the whaling industry. Once hunted to the brink of extinction, its population fell by an estimated 90% before a moratorium was introduced in 1966. While stocks have since partially recovered, entanglement in fishing gear, collisions with ships, and noise pollution continue to impact the 80,000 humpbacks worldwide.
Description

A humpback whale can easily be identified by its stocky body with an obvious hump and black dorsal coloring. The head and lower jaw are covered with knobs called tubercles, which are hair follicles, and are characteristic of the species. The fluked tail, which it lifts above the surface in some dive sequences, has wavy trailing edges.[8] The four global populations, all under study, are: North Pacific, Atlantic, and Southern Ocean humpbacks, which have distinct populations which complete a migratory round-trip each year, and the Indian Ocean population, which does not migrate, prevented by that ocean’s northern coastline.

The long black and white tail fin, which can be up to a third of body length, and the pectoral fins have unique patterns, which make individual whales identifiable.[9][10] Several hypotheses attempt to explain the humpback’s pectoral fins, which are proportionally the longest fins of any cetacean. The two most enduring mention the higher maneuverability afforded by long fins, and the usefulness of the increased surface area for temperature control when migrating between warm and cold climates.

Humpbacks have 270 to 400 darkly coloured baleen plates on each side of their mouths.[11] The plates measure from a mere 18 inches (46 cm) in the front to approximately 3 feet (0.91 m) long in the back, behind the hinge. Ventral grooves run from the lower jaw to the umbilicus about halfway along the underside of the whale. These grooves are less numerous (usually 14–22) than in other rorquals but are fairly wide.[11]

The stubby dorsal fin is visible soon after the blow when the whale surfaces, but disappears by the time the flukes emerge. Humpbacks have a 3 metres (9.8 ft), heart-shaped to bushy blow, or exhalation of water through the blowholes. Because humpback whales breathe voluntarily, the whales possibly shut off only half of their brains when sleeping.[12] Early whalers also noted blows from humpback adults to be 10–20 feet (3.0–6.1 m) high.

Newborn calves are roughly the length of their mother’s head. At birth, calves measure 20 feet (6.1 m) at 2 short tons (1.8 t) The mother, by comparison, is about 50 feet (15 m). They nurse for approximately six months, then mix nursing and independent feeding for possibly six months more. Humpback milk is 50% fat and pink in color.

The varying patterns on the tail flukes are sufficient to identify individuals. A study using data from 1973 to 1998 on whales in the North Atlantic gave researchers detailed information on gestation times, growth rates, and calving periods, as well as allowing more accurate population predictions by simulating the mark-release-recapture technique (Katona and Beard 1982). A photographic catalogue of all known North Atlantic whales was developed over this period and is currently maintained by College of the Atlantic.[16] Similar photographic identification projects have begun in the North Pacific by Structure of Populations, Levels of Abundance and Status of Humpbacks, and around the world. 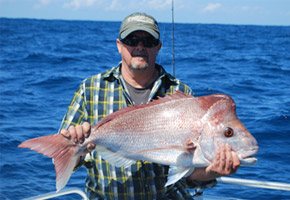 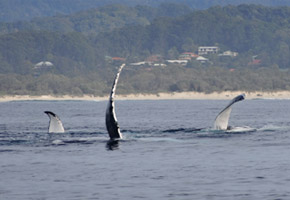 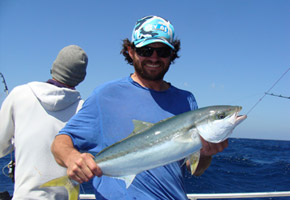